Minton Sparks is a powerhouse performer who captivates audiences with her raw, breathtaking blend of music and spoken-word-style. Her performances are similar in style to Tom Waits, Mos Def, Gil Scott-Heron or crossover legend Henry Rollins.

The writer and performance artist released a new performance video called “Time Flies”, which for the first time really captures what Minton Sparks does. Not only for this performance, Minton Sparks is currently touring with guitarist John Jackson, who has accompanied names such as Bob Dylan, Lucinda Williams, and Tony Jones.

2. How involved were you in the creation / artistic direction of the film? What was your vision for it?
We collaborated on this video. The story didn’t emerge until it was already shot. In fact, I wasn’t sure that I was playing the death character until we arrived on set for the night shoot. a make up artist turned me into death. My vision for the video was to convey the layers of the piece. We shot a million things we didn’t use.

3. How well do you feel the video’s production captured the message of your piece?
The production was better than I had envisioned. We intended to shoot footage and find a story inside the footage. My mom was in the video at first but we cut her in editing. We shot it a couple of months after my Dad died and the entire Time Flies message was very much with us.

4. Where was the video shot?
We shot this at the Stone Fox in Nashville and out by the Cumberland River. The car broke down at the beginning of the shoot, so we had to put it on a flatbed truck and drive it around and around in circles.

5. What was your favorite part about producing this video?
My favorite part about the video was how deeply we played. We were open to it going in many different directions and found so many unexpected parts. At one point I walked out of the River holding a clock at dusk, hung from trees, danced in the water. The cinematographer, Roger Pistole is brilliant and discovered a visual narrative that was hidden in the first draft of the poem.

6. What was the most challenging part?
Most challenging part of the video was deciding on a narrative direction one it was all shot. We wanted it to convey a sense of time passing, and the narrator as Time, taking us on a journey.

Below you can see some stills and the final video. I hope you enjoy it as much as I do! For additional information about writer and performance artist Minton Sparks, feel free and check out her website. 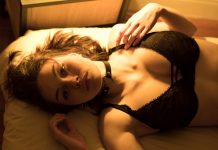 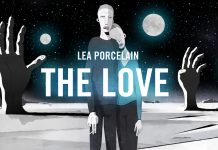 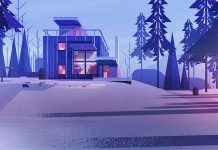 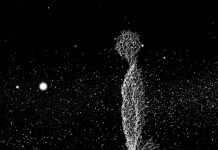 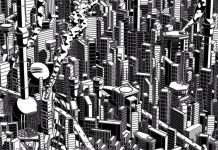 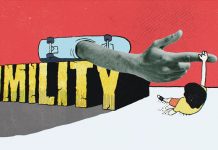