A cover animation for iPad Magazine produced and directed by design studio Happycentro, based in Verona, Italy.

“Every year 7 new cities as big as New York are born. It is estimated that by 2050, 2/3 of the population will be urbanized. La Vita Nòva on its 2.2 June number introduces an animation through semantic vision. The animation has the aim to tell the evolution of cities through 6 key concepts that encapsulate the features of the future city.” 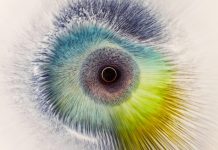