The most awarded Croatian designer Davor Bruketa, with his take on tolerance, made this illustration as part of The Tolerance Project Inc.

With the world being so unequal and amidst a tolerance crisis, spreading awareness has never been more important. This is why Davor Bruketa, co-founder, CCO, and Head of Design at Croatia-based creative agency Bruketa&Zinic&Grey joined the Tolerance Project Inc. by designing a poster on his interpretation of tolerance. His design was motivated by people who march under the Christian cross against minority rights despite Christ’s values of empathy, tolerance, and connection. To date, the Tolerance Project Inc. has put on 139 exhibitions in 40 countries worldwide since it was launched by Mirko Ilić in 2017. Please read more below.

Davor Bruketa graduated from the Design School at Zagreb University, where he also taught for several years. Whilst still in school, he started collaborating with Nikola Zinic. They founded the agency Bruketa&Zinic OM in 1995, which was renamed to Bruketa&Zinic&aGrey after becoming part of the Grey Group in 2017. As Bruketa&Zinic OM, the agency has won over 600 awards for advertising and design.

Davor Bruketa is a regular member of the New York Cresta Awards Grand Jury. He has also been a jury member for many other prestigious competitions such as D&AD London, Art Directors Club New York, New York Festivals, Red Dot, Graphis, Young Guns, OneScreen New York, and Hiiibrand. He was also the first jury president of the London International Awards design jury from eastern Europe.

All images © by Davor Bruketa. Take a look at the Illustration category on WE AND THE COLOR for more inspiring work. 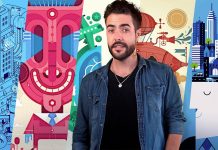 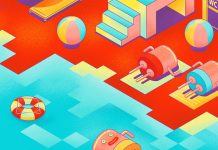 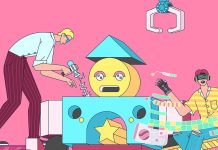 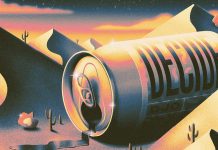 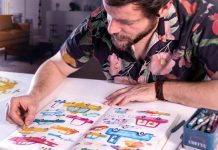 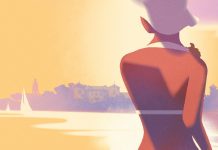 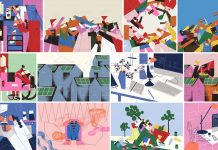 Wong/Doody Launched ‘End of Nowhere: An Anthology of Creativity. Vol. 1’