Eaten Alive, a collection of new paintings by the British artist James Mortimer.

James Mortimer’s paintings show a tropical land being made into an idyllic playground by colonists. The natural landscape is pretty yet deadly, with towering palm trees, gentle grassy plains, and volcanos that can erupt at any moment along with waiting crocodiles. All around them are small clusters of buildings as people try to force the land to become an enormous pleasure garden. It’s a world where sanity seems close to tipping over into madness, and everything is described in bright colors and luxurious detail.

Mortimer’s world is a place where the brutal force of nature reigns supreme. The colonizers are quickly overwhelmed by the challenges posed by the natural world around them, and soon they resort to violence in order to survive. James’ paintings often depict the humorous and dangerous aspects of life in this harsh environment. Read more below.

In this strange place, civilization seems both naive and vulnerable, as if it’s giving physical form to unconscious structures. Mortimer’s architecture is very basic, similar to the way Medieval paintings depict buildings where the image suggests ‘building’ in general rather than any particular individual structure. They’re contrasted with the way natural phenomena – plants, bodies, and animals—are described in great detail, each one existing on its own terms and independent of its surroundings.

Mortimer’s settlers are trying to create openings in this bustling natural environment and impose order on its lawlessness. That they end up ablaze, with their occupants going mad and becoming aggressive, speaks to the overwhelming power throbbing beneath—the storehouse of primal forces and subconscious desires that animate the natural world.

For further information, please visit the website of the James Freeman Gallery.

All images © by James Mortimer and James Freeman Gallery. Our Art category is full of inspiring work and exhibitions—take a look around! 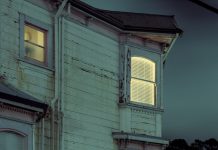 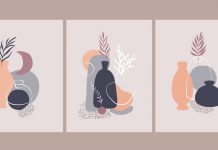 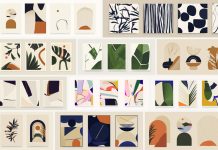 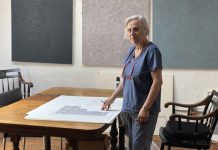 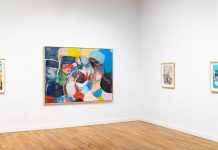 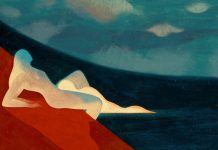 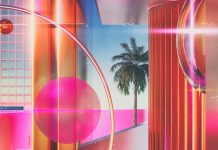