‘New York Values’, a solo show with art by David FeBland at the George Billis Gallery in New York City.

Opening tonight, George Billis Gallery is proud to present ‘New York Values’, a solo show with a selection of artworks by David FeBland. The show will run from May 26, 2016 – June 25, 2016. With this new exhibition, the artist takes us on a visual journey to the often unnoticed things in life. David FeBland was born in London. Today he lives in New York where he creates paintings inspired by everyday surroundings as well as diverse bike trips through the city and beyond. He has degrees from The University of Virginia and The University of Manchester. Read more below the first image.

He makes a compelling argument that certain human interactions are universal. The artist says: “I’m not particularly interested making references to Popular Culture in my work because so much of what we commonly associate with that culture is itself distilled through some medium, originally television but now so many other forms of social media, rather than from direct observation. By creating paintings that derive from my own experience, I become the medium rather than responding to it.”

Find more artists on WE AND THE COLOR. Our Art category features a diverse mix of work ranging from drawing and painting to sculptures and installations. We also inform about both current and upcoming shows. 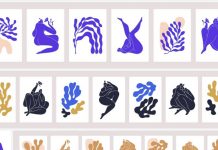 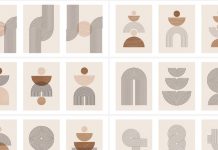 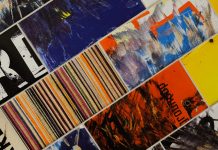 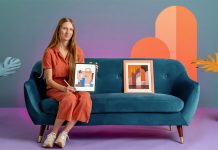 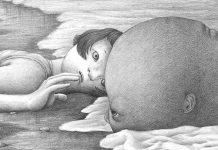 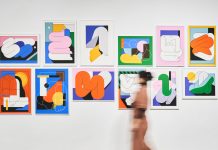 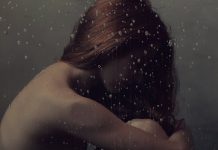 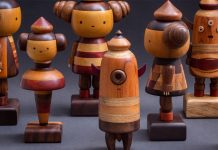