The complete history of all logos and designs of the Summer Olympic Games from 1896 – 2016!

Only a few weeks until the start of the 2016 Summer Olympic Games in Rio de Janeiro. Time to look back to the history of the world’s biggest multi-sport event with a closer examination of all designs and logos from the first edition in Athens, Greece in 1896 up to Rio de Janeiro, Brazil in 2016. During its long history, the Summer Olympic Games have seen a lot of sporting excellence with both successes and defeats. Despite its tradition, the Olympic Games of the modern age are in a constant state of flux. The event has increased from a competition with fewer than 250 male competitors from 14 nations to a sporting celebration with over 10,500 competitors from 206 nations. With the exception of the interruptions during World War I and World War II, every 4 years – the world’s best athletes participate in numerous competitions at the Summer Olympic Games. Over a period of 120 years, the dream of the Olympic spirit has remained the same, even if the event and its appearance have significantly changed with time.

So let’s take a closer look at the ever-changing design of the Summer Olympic Games. The early years have been characterized mainly by bold visual experiences such as elaborate poster and sign paintings. With the years, these elaborate artworks have been replaced by simple graphics of symbols and logos. Below you can find all designs and logos of each Summer Olympics from its first edition in Athens, Greece in 1896 until the upcoming Games in Rio de Janeiro, Brazil in 2016. Furthermore, each design has received a closer examination. What’s your favorite?

A detailed list of all designs of the Summer Olympic Games in chronological order from 1896 – 2016.

The following list includes each design (whether posters, mascot, and logo) of all Summer Olympic Games from its first edition in Athens, Greece in 1896 to the upcoming games of 2016 in Rio de Janeiro, Brazil. The first Summer Olympic Games have been held from April 6 – April 15, 1896 in Athens, Greece. The image shows the cover of the official report, which is often named as the poster of the Games. The illustrations refer to the ancient Greek origin of the games. Four years later, Paris was chosen to host the event from May 14 – October 28, 1900. The Games were held as part of the 1900 World’s Fair. The official poster shows a coin and the Eiffel Tower in front of it. “Jeux Olympiques” is written in big letters at the top of the print. A section of the Parisian cityscape is shown at the bottom of the print. The poster design was made simple and effective with a strong association to the hosting city of Paris. In its third edition, the sporting event came to America. From July 1 – November 23, 1904, the city of St. Louis was pleased to invite athletes from 12 nations to participate in 94 events of 16 sports. The cover design of the expo’s daily program was used for the poster. Accompanied by ornaments, it is written in bold letters. In the middle of the poster is an area showing the city. From April 27 – October 31, 1908, the international multi-sport event was back in Europe. Originally scheduled to be held in Rome, but for financial reasons the Games were re-located to be held in London, United Kingdom. The image of an athlete was painted by Arthur Stockdale Cope. For the first time, the design is more related to the sporting event, rather than the hosting city. The illustration was used on the official program and poster design. In 1912, Sweden’s capital city became the host of the 5th Summer Games. The event was held between May 5 and July 22, 1912. The official logo was created by Olle Hjortzberg. His painting refers to both Ancient Greece and the international community of all participating countries. The official poster design looks friendly and inviting. Due to World War I, the Games of 1916 in Berlin, Germany had to be canceled. From April 20 – September 12, 1920, the city of Antwerp became the first host of the sporting event after the war. Similar to Olle Hjortzberg’s artwork 8 years ago, the poster of the Games in Antwerp refers to both Ancient Greece and the international community of all participating countries. It was printed in 90,000 copies in 17 languages plus bilingual versions in French and Flamish.

After 1900, it was the second time Paris hosted the Summer Olympic Games. In contrast to the poster and signboard paintings of previous years, the official logo of the 1924 Summer Olympics in Paris is based on a simple line drawing and serif lettering. The Games of the Olympiad have been celebrated between July 28 and August 12, 1928 in Amsterdam, Netherlands. The poster artwork perfectly illustrates the Olympic spirit. The copyright is believed to belong to International Olympic Committee. In 1932, the multi-athletic event was back in the United States of America. Los Angeles was the only city who made a bid to host the event during the worldwide Great Depression. The logo creates a connection between the stars and stripes of the American flag and the Olympic rings. Two years before the Nazis came to power, Berlin won the bid to host the Games over Barcelona, Spain, on April 26, 1931. Therefore, the year 1936 has become a dark chapter of this international multi-sport event. Adolf Hitler saw the event as an opportunity to promote his ideals of racial supremacy. Apart from this, the logo was ahead of its time. It was based entirely on a simple line graphic. The games were the last before World War II broke out.

After a 12-year break because of World War II, London was given the opportunity to host the event for the second time. The graphic shows the Palace of Westminster behind the Olympic rings. The headline “XIVthe Olympiad” is written in a semi-circular shape, while “London 1948” is written straight at the bottom of the design. 4,104 athletes from 59 countries have participated in 136 competitions from July 29 – August 14, 1948.

Between July 19 and August 3, 1952, the international multi-sport event was held in Helsinki, Finland. The design to the left was printed on a postage stamp. It depicts the tower and stand of the Helsinki Olympic Stadium. The word “SUOMI” and the Olympic rings lie at the top of the blue background on the right side of the postage stamp.

In 1956, the Games came to Australia. Because of the reverse seasons of the southern hemisphere, the event took place between November 22 and December 8, 1956. The logo was designed in a uniform green color showing the rings and the Olympic flame above the silhouette of Australia. 3,314 athletes from 72 nations took part in the event.

The historic city of Rome was the next host of this international multi-sport event. Held from August 25 to September 11, the edition of 1960 had invited 5,338 athletes from 83 countries to participate in 150 competitions. The logo was quite unique in every way.

Tokyo had been awarded originally to host the 1940 Summer Olympics, but this honor was canceled because of Japan’s invasion of China and the outbreak of World War II. So 1960 was the year of a new beginning for the country. The event took place from October 12 – October 24. The logo for the 1964 Summer Olympics in Tokyo is based on a quite unique and minimalist design, which conveys a modern appearance. The red disc of Japan’s flag sits atop the rings.

Held from October 12 – October 27, these were the first Olympic Games to be staged in Latin America. The official logo combines the five Olympic rings with the year. The design by Pedro Ramirez Vazquez, Eduardo Terrazas, and Lance Wyman is inspired by the patterns of the Huichole Indians. 5,516 athletes from 112 countries have participated in 172 competitions.

Despite the motto: “The Happy Games”, the sporting nature of the event in 1972 was largely overshadowed by an act of terrorism in which eleven Israeli athletes and coaches as well as a West German police officer were killed by Palestinian assassins.

The full identity of the 1972 Summer Olympics has remained an iconic example of outstanding graphic design.

The Games of the XXI Olympiad took place between July 17 and August 1, 1972 in Montreal, Canada. The city of Montreal has been selected on May 12, 1970, at the 69th IOC Session in Amsterdam. Just like Munich’s design solution four years ago, also the official logo of the Summer Olympic Games in Montreal is characterized by a minimalist look and feel. Staged from July 19 – August 3, these were the first Summer Olympics in a communist country. 65 nations boycotted the event because of the Soviet war in Afghanistan. The bear “Misha” was chosen as the official mascot of the event. It became more popular than the actual logo.

This was the second occasion Los Angeles hosted the event after 1932. In response to the boycott 4 years ago, 14 Eastern Bloc countries decided to boycott the Summer Olympics in Los Angeles. The official logo is owned by International Olympic Committee (IOC).

The second Summer Olympic Games in Asia took place from September 17 – October 2, 1988, in Seoul, South Korea. These were the last games for the Soviet Union and East Germany, as both countries ceased to exist before the next Olympic Games.

After too much politics in recent decades, these games were the first to be unaffected by boycotts since 1972. I’m sorry for saying, but the logo is quite reminiscent of old Windows graphics from the early 1990s, but that’s maybe just my personal opinion. However, with 9,356 athletes from 169 countries, the event was a great success.

In 1996, the major international multi-sport event was back in the United States. Atlanta was chosen to host the Summer Olympics from July 19 – August 4, 1996.
The logo shows the Olympic flame, which blows from a cauldron created by the Olympic rings. The number “100” acts as the stand of the cauldron.

After Melbourne in 1956, it was the second time that the international multi-sport event took place in Australia. From September 15 – October 1, 2000, the city of Sydney was the host for 10,651 athletes from 199 to participate in 300 competitions. The vivid logo design refers to the cultural heritage of the Aborigines (Australian natives).

With the motto “Welcome Home”, the Summer Olympics came back to its roots in 2004. After its first edition in 1896, the event was back in Athens, Greece.
The simple but yet effective logo design shows a white laurel wreath drawn on a light blue background. “Athens 2004” as well as the Olympic rings were set below the logo. The event has welcomed 10,625 athletes from 201 to participate in 301 competitions.

From August 8 – August 24, 2008, a total of 10,942 athletes from 204 nations competed in 28 sports and 302 events.
The beautiful logo design features a depiction of the Chinese pictogram “Jing”, representing a dancing human figure.

From August 5 – August 21, 2016, Rio de Janeiro, Brazil will host the Summer Olympic Games. The logo is based on a multi-colored graphic. It features three people joining hands in a circular formation. The logo sits above the words “Rio 2016” and the Olympic rings. 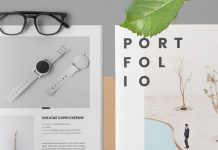 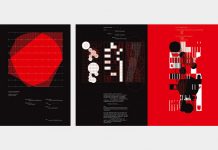 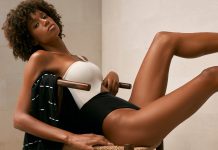 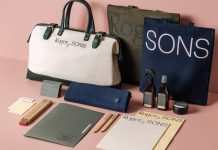 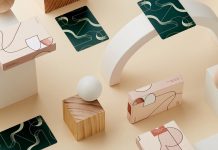 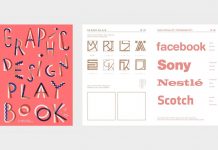 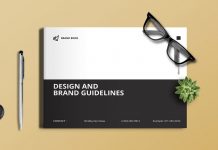 Modern Home in a Forest at Lake Michigan

ABOUT US
WE AND THE COLOR is an award-winning online magazine for your daily art and design inspiration. We feature outstanding projects in various creative fields. In addition, you can find trendy graphics, templates, and fonts for download. More here.
Contact us: meandyou@weandthecolor.com
FOLLOW US
© Copyright 2020 WE AND THE COLOR – all rights reserved
This website uses cookies to improve your experience. By continuing, you are agreeing to our terms of use.Accept Read More
Privacy & Cookies Policy
Necessary Always Enabled