Love or the idea of love can affect our lives in many different ways. It can be the source of unconditional infatuation, highest inspiration and creativity as well as seemingly unbearable grief. Fish Hook and Eye tells the story of two lovers, Ramona and Dean. Chloé Aktas decided to make this film in response to getting her heart broken at the age of 16. The short film is a poetic narrative with elements of stop animation and still photography, combined with digital video. Read more details below the first image.

Chloé Aktas recently graduated from NYU, majoring in Film and TV. In addition, she received conservatory acting training from the University of North Carolina School of the Arts. With ‘Fish Hook and Eye’, the young filmmaker has created a poetic masterpiece in the form of a narrative short film. In a recent interview with The Creators Project, Chloé talked about her main source of inspiration as well as the entire development process. After getting her heart broken at 16, she began to realize the differences between the actualization of love and the idea of love. Over the years, she noticed that the idea of love has become a much more complex thing than it was in high school. You can read the full interview here.

Fish Hook and Eye was awarded as winner of NYU New Vision and Voices (Best film and Best Screenplay) as well as winner of Best in Fest, NYU Fusion Film Festival. For further information about this young, talented filmmaker, please visit Chloé Aktas’ website. Full credits are listed below the video. You can also watch the film in our YouTube channel. Feel free and sign up to the channel to stay up to date with our latest features. 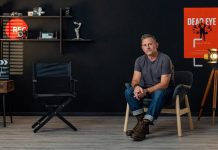 Learn Mobile Filmmaking and Capture Stories With Your Phone 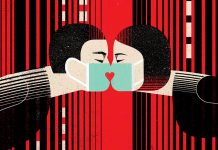 Made with Love (Despite Coronavirus) by Balbusso Twins 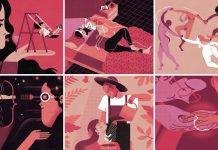