Poster series by Luis Dilger with three-dimensional city maps of all hosting cities of the UEFA Euro 2016.

Within the next few weeks it’s all about soccer (football) in Europe. Held in France from June 10 to July 10 2016, the 2016 UEFA European Championship, which is generally referred to as UEFA Euro 2016 or just Euro 2016, will be the 15th edition. The venues will be in the cities of Paris, Saint-Denis, Bordeaux, Lens, Lille, Lyon, Marseille, Nizza, Saint-Étienne, and Toulouse. Read more about this unique print series below first image.

To celebrate this great occasion, German graphic and motion designer, Luis Dilger has created a series of unique poster designs with three-dimensional city maps of all hosting cities of the UEFA Euro 2016.

Some of our frequent readers may remember his city map print series of Manhattan, Amsterdam, Saint-Petersburg, and San Francisco (you can find it here). In exactly the same three-dimensional style he has now developed this unique collection for the UEFA Euro 2016 in France. Each print depicts the city’s architectural diversity, topography, and traffic structure. In addition, coordinates for geographical location are printed in small letters under the name of the city.

Below you can see more pictures of Luis Dilger’s three-dimensional city maps. Do not hesitate and find more of his work on Behance. His portfolio is packed with a great variety of design projects. For further information on the UEFA Euro 2016, feel free and check out the official website. 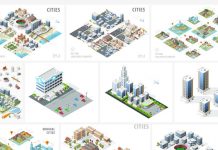 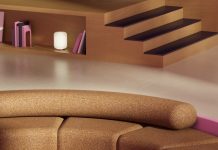