Discover our top ten selection of the best fonts that will be very popular among most graphic designers in 2021.

During the current year, we have seen plenty of exciting new font releases—many of them were shown in our detailed font reviews. We would like to take this opportunity to say thank you for all the feedback that we have received from many graphic designers and typographers from around the world. That helps a lot to see what’s really popular at the moment and to predict what tomorrow’s trends in typeface design will be.

According to the latest font releases by some of the best type foundries as well as all the great feedback we have received on trending typefaces and high-quality font families, here comes our selection of the top of the very best fonts for graphic designers in 2021.

Designed by Nicky Laatz, Glamour Absolute was definitely one of the high-flyers this year and its popularity continues unabated. When you look at this typeface, there is actually no need for additional words to explain why this font is so popular right now. Glamour Absolute is an elegant bold serif that comes with both modern and vintage curves. This way, this typeface has everything to combine a classic vintage style with a modern flavor. Glamour Absolute is available at Creative Market and MyFonts—just check out the following links.

Juana has been designed by Eli Hernández in 2020 for foundry Latinotype. Inspired by the Jazmín typeface, Juana is intended as a more developed typeface design while still maintaining the typical essence of the original version. Its strong contrast between thick and thin strokes results in a harmonic and stylish look. The complete family contains 8 weights plus matching italics and an alternate version. Juana’s extensive character set supports more than 200 Latin-based languages.

Brandon Grotesque from the German type foundry HVD Fonts is one of our long-time favorites. Designed by Hannes von Döhren, the font was published back in 2010 but has not lost its popularity over the years. Numerous small design peculiarities make the font stand out from the broad mass of today’s fonts. The family includes six weights plus matching italics. With some inspiration from the geometric-style of sans serif faces that were popular during the 1920s and 30s, Brandon Grotesque is based on geometric forms that have been optically corrected for better readability in all font sizes and text lengths. The OpenType fonts are equipped with an extended character set to support Central and Eastern European as well as Western European languages.

Due to its clean, modern design as well as its diverse typographic features and the numerous possible uses, TT Norms Pro has become one of today’s most popular sans serif fonts. The family consists of 26 reworked fonts including various weights ranging from Thin to Extra Black plus matching Italics as well as additional outline and variable versions. Furthermore, the family is equipped with 24 OpenType features and supports more than 260 languages (extended Latin, extended Cyrillic, Greek). For some languages, the designers have prepared localized versions of the forms of some characters. To learn more about the countless new features of this amazing font family, just click on one of the following links.

Designed in 2020 by Francesco Canovaro as a personal tribute to the iconic type design of low-contrast old-style fat faces, Bogart is a retro serif font family that offers muddy, goopy shapes. This typeface has twenty-nine styles (including two free demo fonts) and was published by Zetafonts. With all the inspiration from various iconic typefaces, Francesco Canovaro managed to create a versatile font that embodies the spirit of vintage typography. All nine weights as well the matching true italics feature an extended character set of over 1600 glyphs, covering 219 languages including Latin, Cyrillic, and Greek alphabets. The various OpenType features include alternate forms, discretionary ligatures, small capitals, stylistic sets, positional numbers, case-sensitive, terminals, and initial swash forms.

With Apparel, we want to introduce you to another masterfully designed serif font from foundry Latinotype. Created by the type designers Daniel Hernández and Alfonso García, the Apparel font family has twenty styles that share some similar characteristics with typefaces such as Times New Roman or Caslon. Apparel is characterized by a contemporary yet classic look. Its laid-back attitude as well as its medium-large x-height makes it a perfect choice for headlines and branding projects. The Apparel font family supports over 200 Latin-based languages. In addition, it also includes a basic Cyrillic set, old style & lining figures, fractions and alternates, among other OpenType features.

Our top three selection of the best fonts for use in 2021 starts with Helvetica Now. Because of the demands of contemporary graphic design and branding projects, the iconic typeface received a huge update from foundry Monotype in 2019. With three optical sizes: Micro, Text, and Display (comprising 48 fonts)—every single character in Helvetica Now has been redrawn and refitted to meet today’s typographic needs. This huge family also comes with plenty of new features. To learn more, just click on the following link.

Created by Adobe’s principal designer Robert Slimbach, Acumin is a massive and versatile sans-serif font family that can be used for both headlines and long text sections. Equipped with 90 styles, it has been designed especially for use in information design and everything that asks for a modern and clean look. With Acumin Pro, typeface designer Robert Slimbach wanted to create a typeface that brings a subtle balance to the architectural and modular shapes of neo-grotesque letters.

In 2020, the type designers Edwin Shaar, Steve Matteson, Terrance Weinzierl, Juan Villanueva, and the Monotype Studio have revised Paul Renner’s iconic Futura typeface. Their goal was to bring back some much-needed humanity to the world of geometric sans serif fonts. The Futura Now font family comprises 102 styles including new Headline and Text weights as well as new Script and Display weights and styles plus new decorative variants (outlines, inlines, shadows, and fill). To learn more, just click on the following link.

That was our selection of the ten best fonts for graphic designers in 2021. You can find many more exceptional typefaces for all needs in our recommended Fonts category. 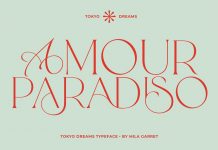 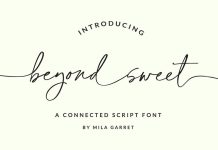 Beyond Sweet Font by Mila Garret 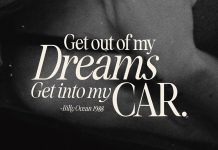 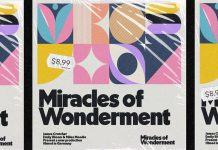 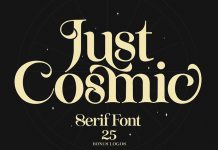 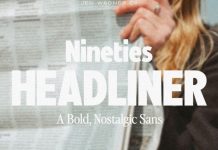 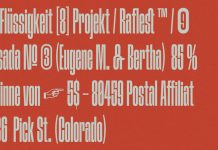 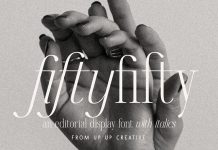 Fifty Fifty Font by Up Up Creative 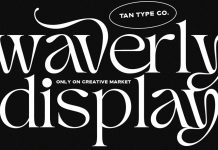