Felix Deimann is a German motion designer. The following video has been directed for his master’s thesis. Named after the Olympic motto: ‘Citius, Altius, Fortius’ (Latin for Faster, Higher, Stronger), Felix Deimann has created this series of experimental animations to explore a possible interaction between abstract graphics, motion, and sound. Based on original footage of Olympic competitions, Felix Deimann digitized certain movements of famous Olympians via motion tracking. All digitized movements were recreated frame by frame into abstract shapes. The result is simply breathtaking! The specific character of each movement has been translated into a digital and abstract world. Felix Deimann has recreated the movements of Nadia Comăneci in Montreal 1976 (first female gymnast to score a perfect 10 in the Olympic Games), Michael Phelps in Beijing 2008 (most successful Olympian of all times), America’s ‘Dream Team’ in Barcelona 1992 (the greatest basketball team ever assembled), and last but not least Usain Bolt in London 2012 (currently the fastest man alive). Below you can find some stills and the video. If you want to discover more of Felix Deimann’s work, feel free and have a look at his website: www.felixdeimann.com

Some additional facts about the motion designer.

Felix Deimann was born in Münster, Germany in 1988. Today he lives and works in Berlin. The award-winning director and motion designer has been commissioned by a variety of agencies and clients from Europe and the United States.

The following video was also added to our Vimeo Group and Channel.

Find more outstanding videos on WE AND THE COLOR! Our Motion category features a wide range of work including experimental animations, stunning motion graphics, short films, documentaries, and much more. 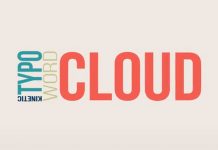 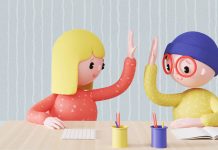 Sarofsky + FITC: “What You May Find”

Design and Illustration by John Larigakis