Madrid, Spain based animation studio Veni Vídeo Vici was asked by CBRE to create a series of animated infographics for an international real estate report.

Studio Veni Vídeo Vici created a modern and professional aesthetic, far from a childish image. All objects and icons are based on simplicity of shapes and focused on architectural representations. The animated infographics needed to be linked to the corporate guidelines of CBRE, applying a given typography and coloring.

In order to emphasize the visualization of volume, they decided to develop the animated infographics in an isometric perspective. This allowed them to harmonically combine all elements, objects, and icons. The project requirements included the development of a series of basic graphic elements, which could be used alternatively on different compositions. When studio Veni Vídeo Vici began developing the project, they realized the need to represent cities from around the world. Therefore, they created several isometric icons based on emblematic buildings.

In each case, a study was made in order to find the most effective way to show data, considering the variety of compositions and keeping the visual attractiveness. A kind of noninvasive animations were used, paying attention to details and giving pieces the dynamism they needed without creating unnecessary distractions. 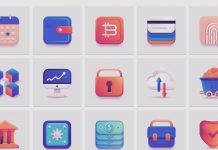 Futuro Next Icons on Adobe Stock