That’s the 4th and final round compilation of the film project “The Beauty Of a Second“.

“Every second counts – 60 seconds of beauty submitted by users to the fourth and final round of The Beauty of a Second short film contest.

The Beauty of a Second is a one-second short film contest, hosted by Wim Wenders and Montblanc, in tribute to the man who invented the chronograph, Nicolas Rieussec. An exploration of presision and art – a homage to capturing the smallest fragments of time.” 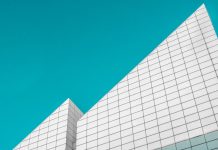 EyeEm & WE AND THE COLOR – Minimalist Architecture Mission Winners